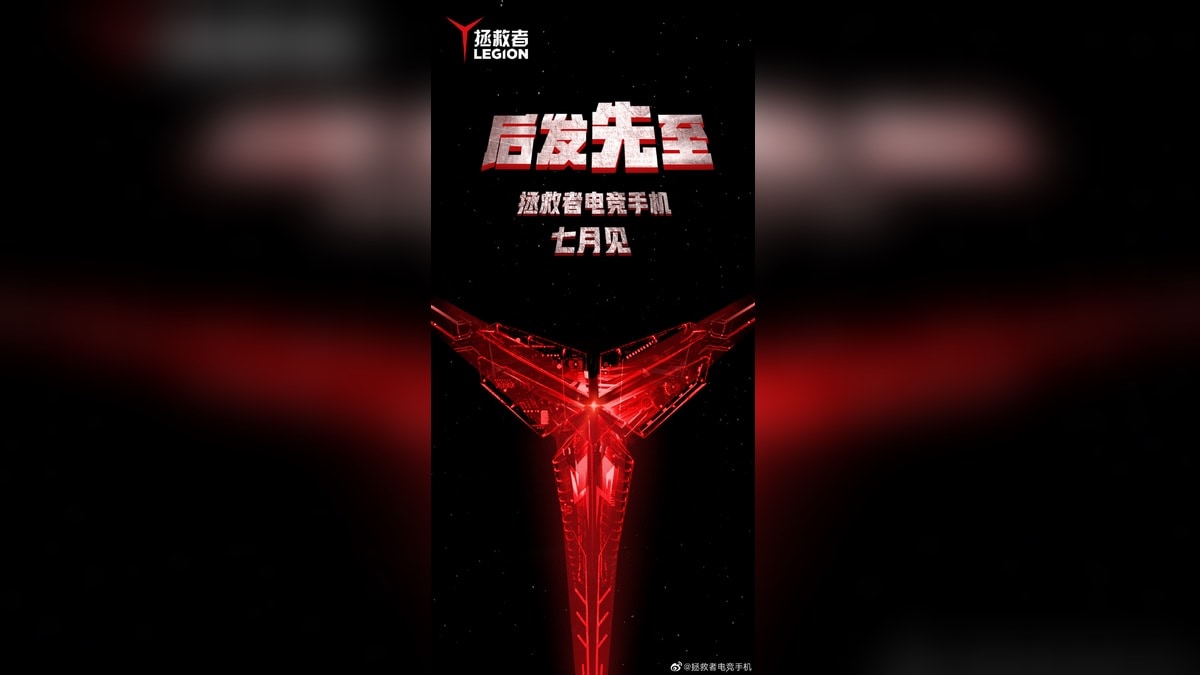 Lenovo Legion gaming smartphone or whatever it ends up being called, will be launched next month. There have been several teasers and leaks surrounding the phone, but now the company has shared through a Weibo post that its first gaming phone will be launched in July. The post does not provide any new information about the specifications of the Lenovo Legion gaming phone. As of now, only a few details are known as per the teasers by the company, while leaks have shared a few more details.

The Weibo post on Lenovo’s Legion Gaming Phone account features an image showing the Legion logo in red. It says that the phone will be unveiled in July but does not share the exact date. The company is expected to provide more details about the launch in the coming weeks. Notably, this Weibo account is dedicated to the upcoming gaming phone by the company.

As per previous teasers by the company, the phone will be powered by the Snapdragon 865 SoC, have 90W fast charging support, and come with a “disruptive” cooling technology.

A report from early May claimed to have screenshots of the Lenovo Legion gaming phone hinting at quite a unique design. There seem to be two USB Type-C ports, the rear cameras are near the centre of the back panel, and the corners have an angled design. The report added that the phone will feature a full-HD+ (1,080×2,340 pixels) display with a 144Hz refresh rate and 270Hz touch sampling rate. It is expected to use LPDDR5 RAM and UFS 3.0 inbuilt storage. The single front facing camera is expected to be a 20-megapixel sensor while the two on the back may carry a 64-megapixel sensor and a 16-megapixel sensor. The Lenovo Legion gaming phone is also said to come with a 5,000mAh battery.

As of now, Lenovo has not shared details about the availability of the gaming smartphone or its pricing.