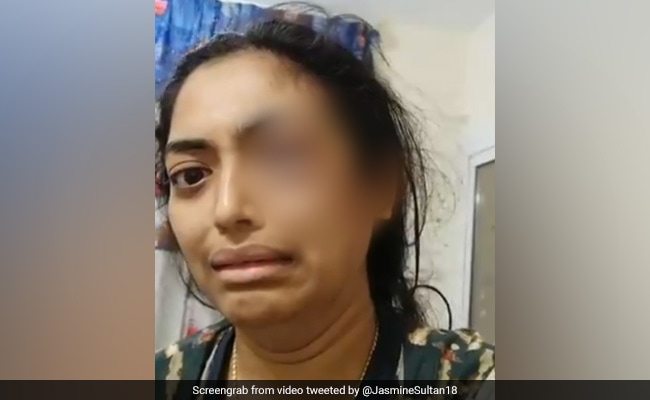 Sharjah: An Indian expat was arrested by Sharjah Police after his wife posted a video of herself on social media saying he violently assaulted and abused her, a media report said on Thursday.

Sharjah Police immediately responded to the tweet and reached out to the Indian woman and arrested the 47-year-old man on Wednesday night, Gulf News reported.

The November 12 tweet showed Jasmine Sultan, 33, crying with one of her eyes bleeding.

Her tweet said: “Required urgent help. My name Jasmine Sultan I live in UAE Sharjah my husband name is Mohammad Khizar Ulla… I have (been) assaulted badly by husband… I want help.”

She claimed her husband used to assault her regularly. The couple had been married for seven years and have two boys, aged five and 17 months.