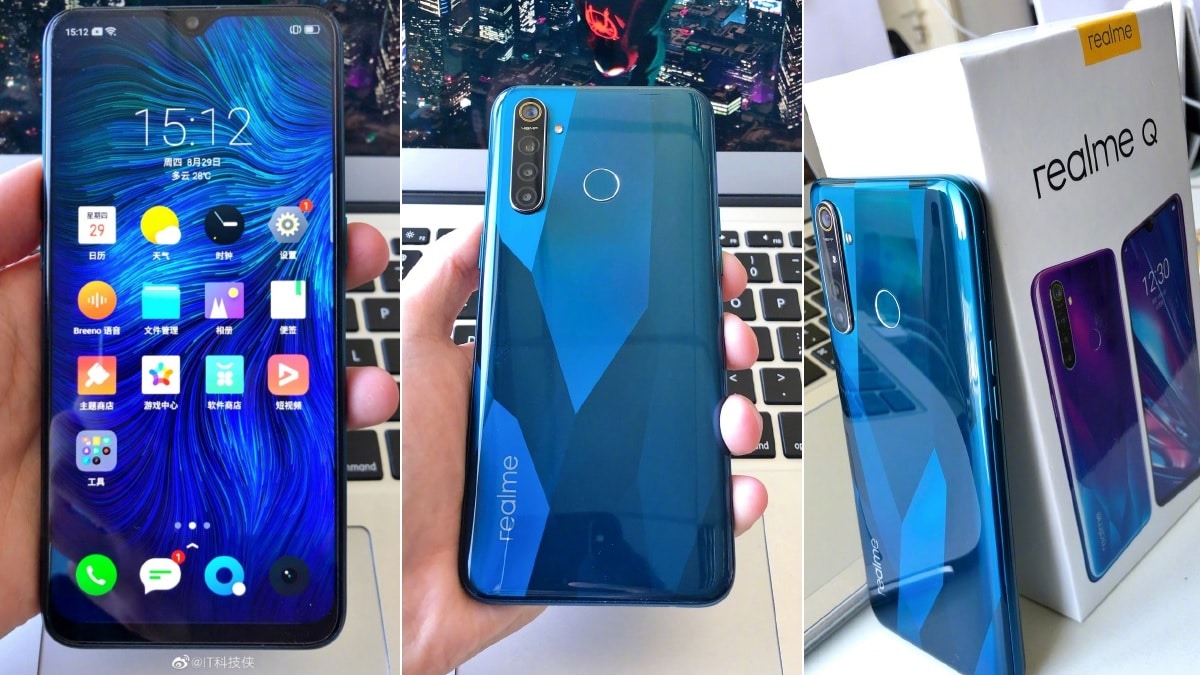 Realme Q will be powered by the Snapdragon 712 processor

After teasing the launch of Realme Q series in China, the company yesterday dropped a postershowing the Realme Q itself, revealing that the phone will be powered by the Snapdragon 712, which is the same SoC that powers the Realme 5 Pro as well. Moreover, the phone depicted in the poster looks identical to the Realme 5 Pro, down to the quad rear cameras and the company’s signature diamond-cut design with a gradient finish.

And if that was not enough of an unofficial confirmation, a whole set of leaked hands-on images showing the Realme Q’s retail package and the phone itself from all angles suggest that it is indeed a rebranded version of the Realme 5 Pro. The leaked images, which surfaced on Weibo, show the Realme Q which looks identical to the Realme 5 Pro’s Crystal Green colour variant.

It is also worth mentioning that the Realme 5 Pro was recently spotted on TENAA, lending more strength to the speculation that the phone will almost definitely hit the shelves in China, but under a different name if Realme’s Q-series campaign is anything to go by