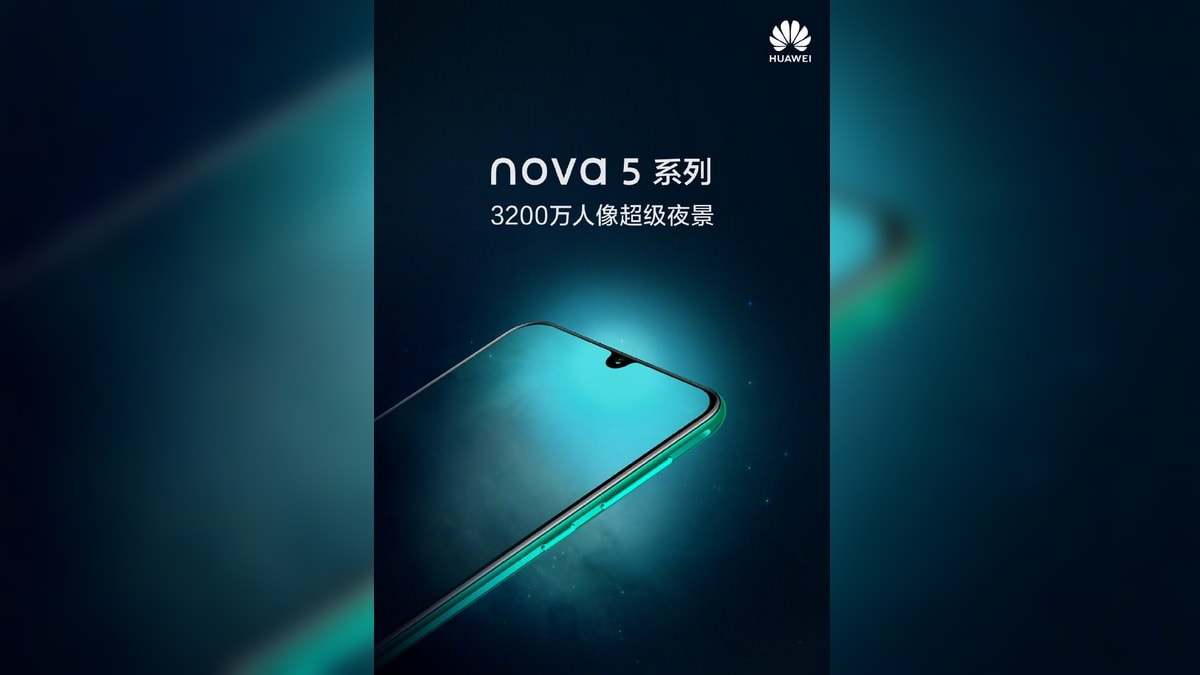 The Chinese smartphone maker’s official Weibo post shows the display of a Huawei Nova 5 series phone with a waterdrop notch. The design of the phone and the colour of the edges appear quite similar to the product images of the Huawei Nova 5 Pro, which has already been listed for pre-order on JD.com ahead of its official launch.

Huawei has also confirmed that the 32-megapixel front camera of the Huawei Nova 5 series will offer a ‘super night scene’ (translated) feature. As the name makes it evidently clear, this feature will help users capture brighter and more detailed selfies in low-light conditions.