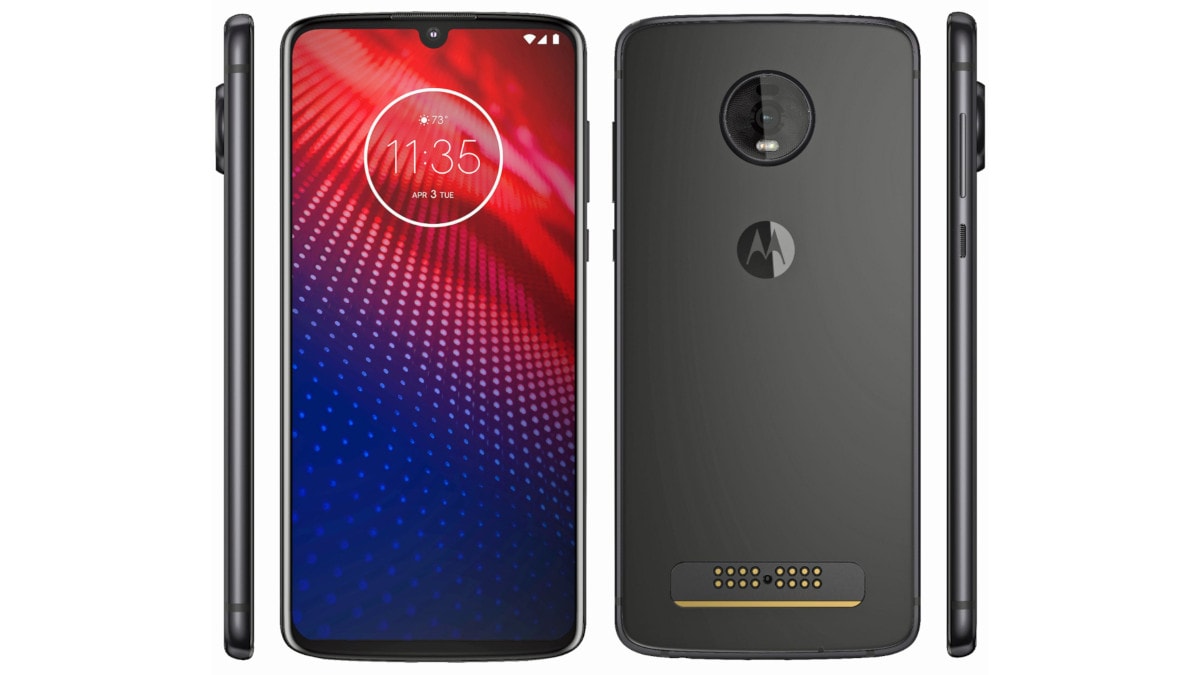 Moto Z4 seems to be inching closer to its official launch and ahead of its debut the phone has purportedly popped up in a new leaked render. The render, which shows the phone from all sides, has revealed the presence of a 3.5mm audio jack and USB Type-C port. It also confirms the support for Moto Mods and the waterdrop-style notch, both of which were last seen in another leaked render of the phone. There is still no word on the exact launch date of the smartphone, however considering that Moto Z3 is now over eight-months-old, the market is primed for its successor from the Lenovo-owned company.

Shared on Twitter by prolific tipster Evan Blass, the alleged render of the Moto Z4 shows the smartphone’s black colour variant. The render gives us a look at the device from all sides, revealing the company is keeping the basic design of the Moto Z4 same as the Moto Z3, except the ultra-thin bezels and a waterdrop-style notch. As we mentioned earlier, the support for Moto Mods is also present.

As per a previous leak, the Motorola Moto Z4 will feature a 6.4-inch full-HD OLED display with an in-display fingerprint sensor. The phone will reportedly be powered by Snapdragon 675 SoC, with support for Motorola’s 5G mods. Additionally, the Moto Z4 is rumoured to have 4GB/ 6GB of RAM and 64GB/ 128GB of onboard storage. It is, however, unclear whether there will be a microSD card slot for storage expansion.

On the imaging front, the Moto Z4 is said to pack a single 48-megapixel sensor at the back that could use a Quad Pixel technology to deliver a 12-megapixel image. A 25-megapixel selfie camera is rumoured to be present on the front.

In other specifications, the phone will run on Android 9 Pie out-of-the-box with preloaded features such as Google’s Digital Wellbeing and Google Lens. Additionally, it could have Motorola’s proprietary Moto Display, Moto Actions, and Moto Experience.