Sony Xperia 1 was unveiled at MWC 2019 and it comes with an ultra-tall, 21:9 CinemaWide display with HDR support. Sony has also packed a triple rear camera setup on the Xperia 1 that is powered by an Eye AF technology and supports up to 10 fps burst shooting. At the time of official announcement, Sony failed to share the exact availability or pricing details, but now the phone has been listed by UK retailer Clove for pre-order, revealing the Xperia 1 price-tag. 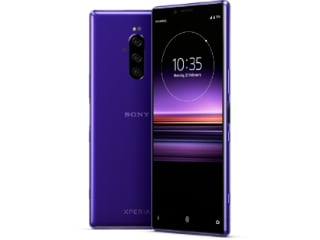 As per the product listing on Clove Technology, Sony Xperia 1 will retail at GBP 707.50 (roughly Rs. 64,800) without VAT and GBP 849 (roughly Rs. 77,800) with VAT in UK. The phone is already available for pre-orders, with shipments due end of May. Since this pricing is coming from a third-party retailer, take it with a grain of salt. This listing was first spotted by XperiaBlog.

It was earlier speculated that the Xperia 1 price will start at EUR 799 (roughly Rs. 74,200), and it will go on sale in the US from late Spring in Black and Purple colour options. The new phone will get Black, Grey, Purple, and White colour variants for the international markets though. 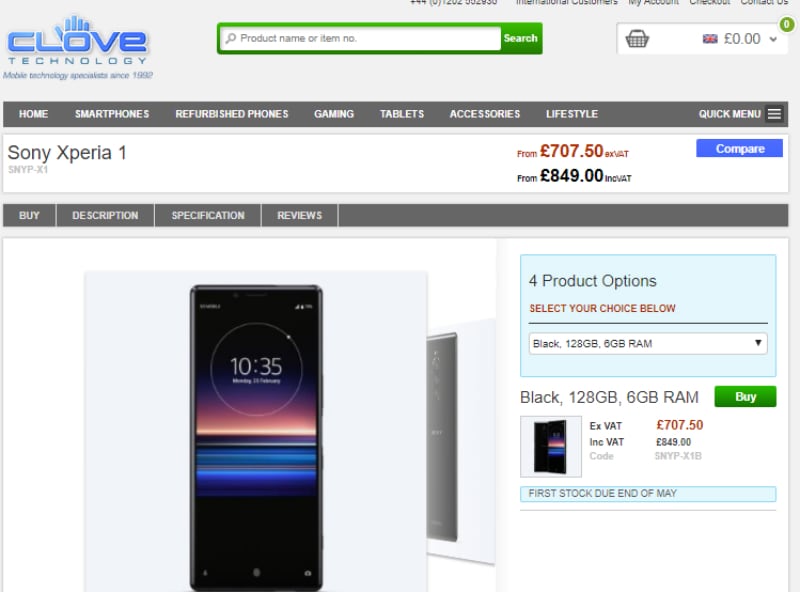 Under the hood, the Xperia 1 has an octa-core Qualcomm Snapdragon 855 SoC, coupled with 6GB of RAM. The new chipset is touted to help offer up to 25 percent faster CPU performance and 40 percent GPU performance than the previous generation. Also, there is the Snapdragon Elite Gaming to handle specifically processor-intensive apps and games.

The Sony Xperia 1 has 128GB of onboard storage that is expandable via microSD card (up to 512GB). Connectivity options include 4G, Wi-Fi 802.11ac, Bluetooth v5.0, GPS/ A-GPS, NFC, and USB Type-C. The phone packs a 3,300mAh battery that supports Xperia Adaptive Charging and comes with Smart Stamina and Stamina Mode.