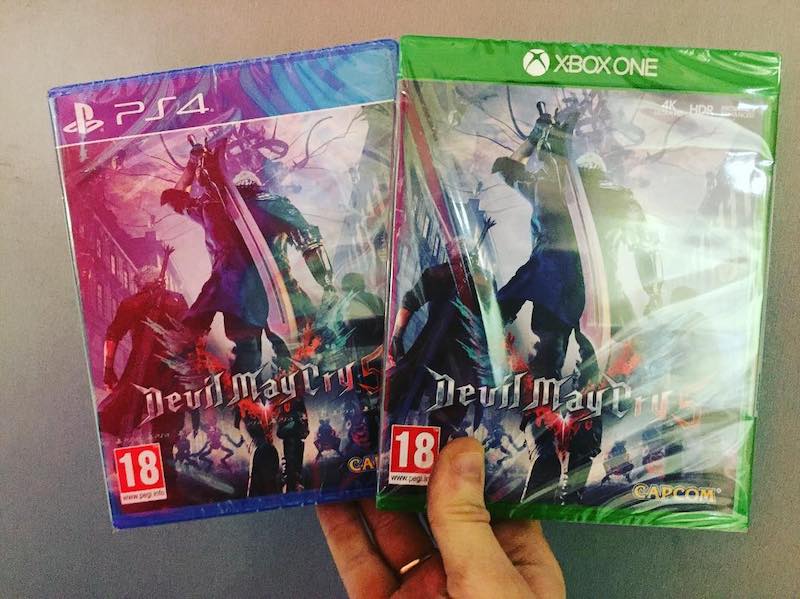 Upcoming hack and slash video game Devil May Cry 5’s release date is March 8. However it appears that the game is out earlier than expected in certain parts of the world such as the UK, with copies surfacing four days before the official Devil May Cry 5 release date. This isn’t the first time a game from Capcom has released early this year with the excellent Resident Evil 2 being available four days before launch as well. It will be interesting to see if other countries, such as the UAE break date as well what with a flurry of Devil May Cry 5 spoilers hitting the Internet, revealing details such as its final boss fight, plot points, and more.

If you’re hoping for early copies of Devil May Cry 5 in India, this does not seem to be the case. Several retailers speaking to Gadgets 360 have confirmed that they don’t plan on bringing in early stock, preferring to focus their attention on the soon to be released The Division 2 and prepping for Days Gone that’s out next month. Devil May Cry 5 is nowhere on their agenda. Odd considering that the past two games in the series have sold reasonably well in the country.

Devil May Cry 5 will run at 60fps and support 4K resolution output on the PS4 Pro, Capcom producer Matt Walker revealed in a Twitter interaction with a fan on Monday. That’s the highest possible performance on Sony’s current-gen console, which more than qualifies it as “PS4 Pro Enhanced.”

Of course, 4K isn’t natively supported on PS4 Pro for games. The console uses various rendering techniques including checkerboard rendering – wherein only certain portions are rendered, and the other parts are filled in using algorithms – and anti-aliasing algorithms to smooth things out. For what it’s worth, experts have deduced that you can’t tell the difference with your eyes.

During a media showcase event in South Korea, director Hideaki Itsuno stated that Devil May Cry 5 will take 15 to 16 hours to beat. This is based on the time taken by the developers to finish the game. Furthermore he let slip that the future of DmC: Devil May Cry — the 2012 re-imagination of the franchise is uncertain at the moment. Other tidbits include the possible addition of new playable characters, the difficulty the team faced with adapting the RE engine (Capcom’s own in-house tech), and the Devil May Cry 5 timeline.

“The development team took about 15 to 16 hours to clear the game,”Itsuno said in response to a question regarding how long it would take to beat Devil May Cry 5 (via Gematsu). He also stated that the game was set after Devil May Cry 2, the reason for which “can be understood by playing the game”. We’re guessing his answer is vague to prevent any spoilers.

Itsuno also let slip that it was “it was difficult to implement the violent action of Devil May Cry” in the RE engine that was originally created for Resident Evil 7. So much so that the team spent time on “upgrading the engine’s processing speed and performance.”

While some feel the game looks similar to 2012’s DmC: Devil May Cry, Itsuno said this was in no way intentional.

“It might look that way since we were shooting for photo realism, but we were actually aiming for something Hollywood movie-esque like The Avengers,” he said. As for the future of DmC: Devil May Cry, that is difficult to say.”